We maintain a serious commitment to the quality of our thread

Purveyors of the gently hand over-dyed Sampler, Shaker, and Simply Wool threads that give your needlework that antiqued, faded, folkart look. 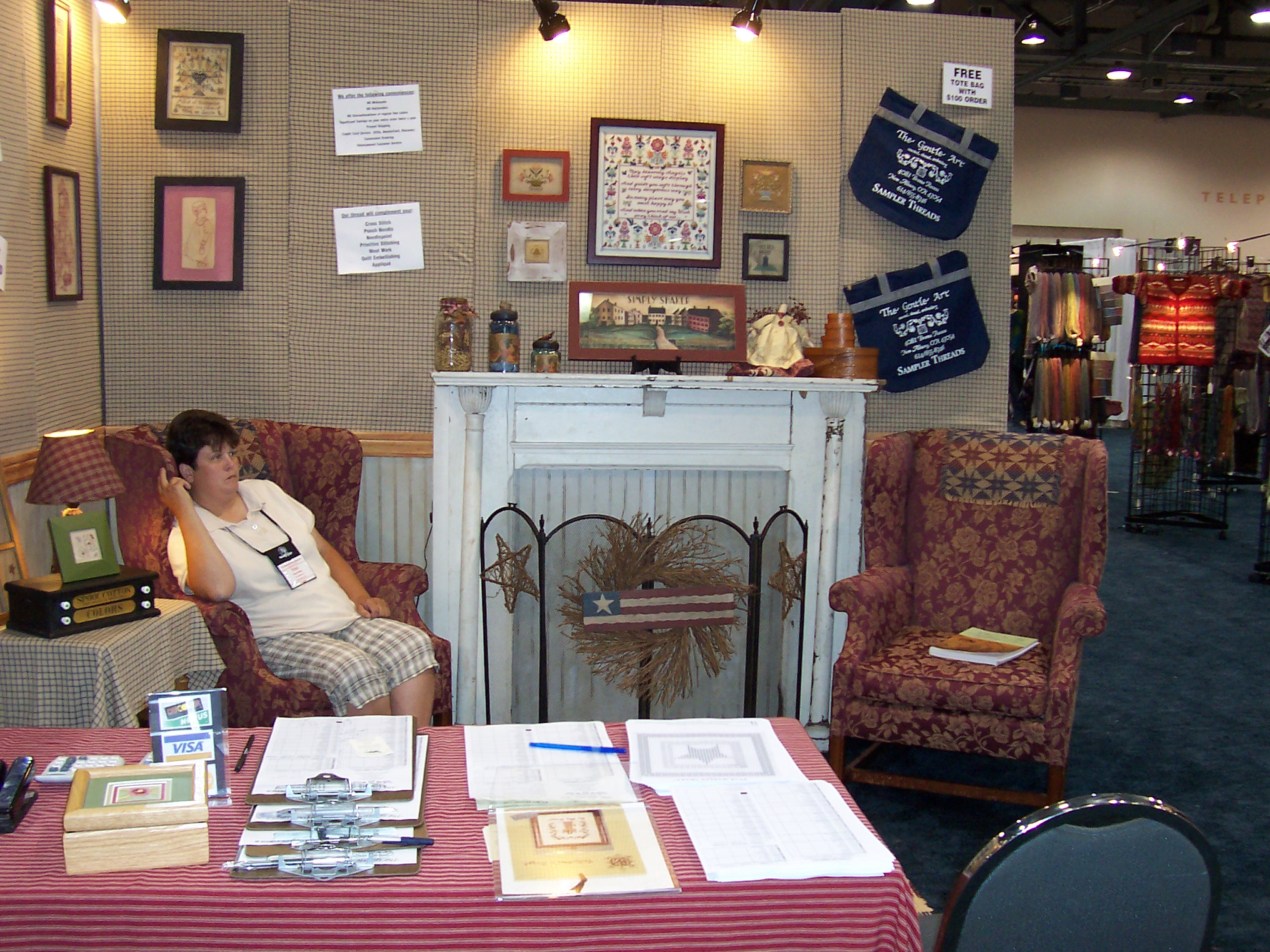 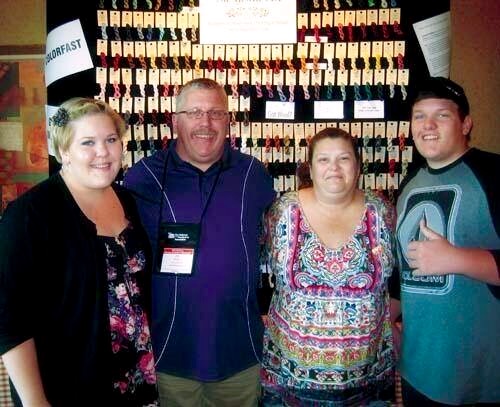 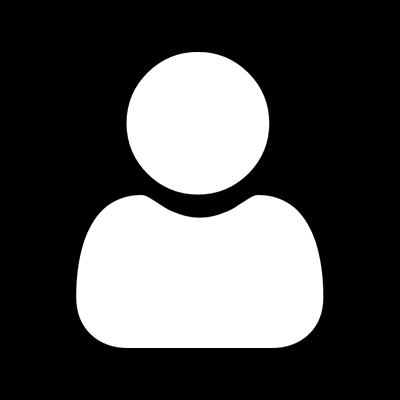 Worked At Saint Luke’s Hospital as assistant head nurse, Worked at the Meriden Health Department as a school nurse. Worked at New Briitain General Hospital as a med-surg float and critical care and Emergency Room float. Became a nurse manager on a med- surg nursing unit. Became a certified Nurse Manager after passing a rather hard exam. Worked as a Project Manager in the nursing department at NBGH. Retired from nursing in 1985.

Having loved needlework since I was a child {my mother taught me to knit, crochet, cross stitch, and sew on a machine}, I decided to work at Thistle Needleworks in Glastonbury, Connecticut. There I learned the finer things about counted thread, framing, fabrics, and many different things related to the needlework industry.

It was there that I met my business partner in the Gentle Art, Catherine Theron. We started The Gentle Art on a shoestring in 1989. In addition to introducing overdyed threads to the stitching public, we published a newspaper with interesting articles and Catherine’s wonderful designs.

Then Catherine moved to New Jersey and Pennsylvania. Bill (my husband), and I moved back to Ohio to be near family. Because of logistics, Catherine and I agreed to dissolve the partnership. Bill and I and two friends continued on with the business. We ran the business out of our home in the basement for a number of years before eventually moving it to an office/warehouse space in New Albany.

Eventually we brought our son Jim and his wife Kristi, who were living in the Chicago area back to Columbus to manage the business. This has allowed Bill and I to step back and enjoy our old age. We now act as consultants.

Bill was a huge asset, as he had worked for the JC Penney Company for 38 years as a full-line store manager with a BS degree in Marketing from The Ohio State University where he also lettered in lacrosse. He has the one of the first recorded hat-tracks in OSU lacrosse history.

Born in New Jersey. Lived most of my life in CT where I became a huge fan of hockey rooting for the Hartford Whalers. This is also where I met my wife and we began to raise our family. Moved to Ohio where I continued to manage group homes for developmentally disabled. Eventually moved to IL where I took more of an interest in business management. Eventually, I moved back to Ohio to run the Gentle Art.

I was born in Columbus, OH. I am a season ticket holder for the Columbus Blue Jackets as well as play in an adult rec league. I have worked for several companies until I started managing a family fun center. I worked there several years before eventually coming to work for the Gentle Art. 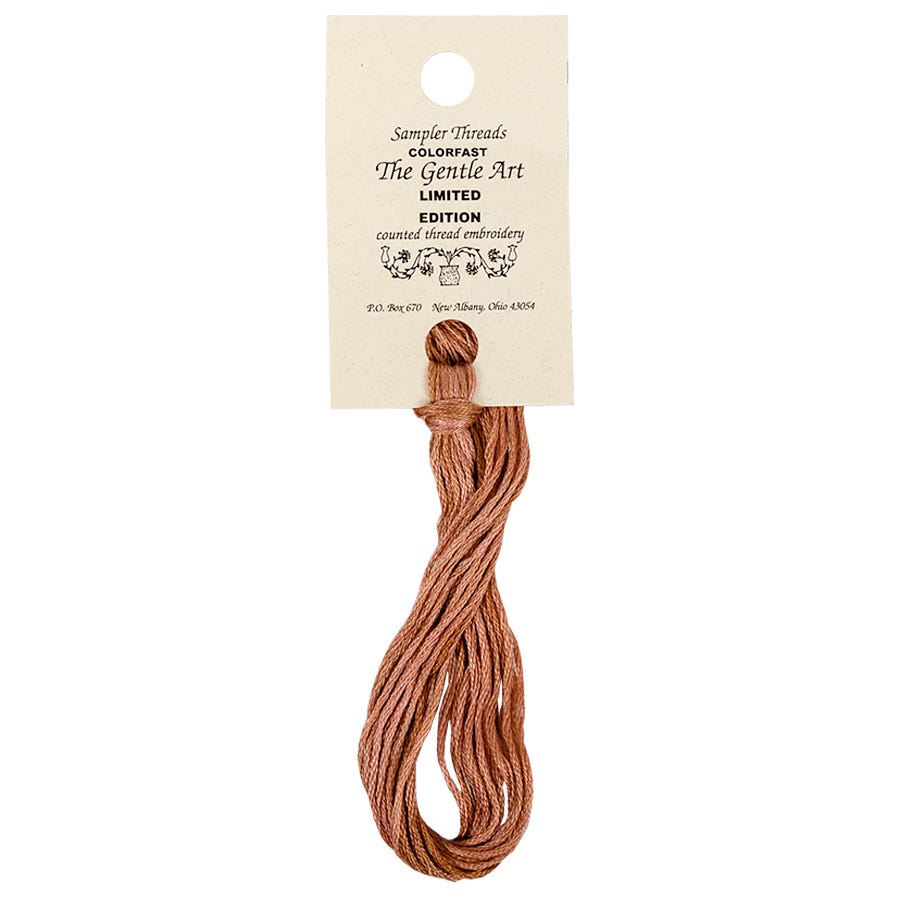 At the Gentle Art, we have a wholehearted commitment to the quality and consistency of our thread. We use the utmost care and forethought in selecting the methods and components used to produce our thread. Our craftsmen over-dye each batch of thread by hand to ensure that it is treated with care. Quality dyes and catalyst agents are chosen to ensure long-lasting durable floss while staying kind to the environment. Our dyer works diligently to produce a product which is consistent, lightfast, colorfast, and is heirloom quality.

Our vision is to create a floss that will inspire creative dreamers to pick up a new hobby. Our diverse palette is inspired by the natural world around us. They are subtly shaded with each skein containing many colors blended with care to provide striking visual depth. We look to the history of embroidery and other fiber arts and strive to make a thread that will enhance the diverse creativity of many generations to come.